The second in ‘The March King Collection’ featuring four of John Philip Sousa’s most popular marches transcribed for brass sextet, this march, one of Sousa’s most popular compositions, was written in 1889 and dedicated to the Knights Templar of Washington, D.C. Sousa had been knighted by that organisation three years earlier, but the origins of the name of the march are somewhat unclear. Arranged by Keith M. Wilkinson.

Printed in full size only, march card not included. 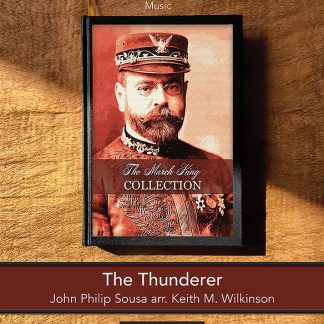