Known as ‘Beethoven’s Funeral March No.1’, Johann Heinrich Walch’s funeral march is played each year at the Remembrance Sunday Services in London on the Sunday nearest to 11 November. The march was also played during the processions of The Queen Mother and former British Prime Minister Margaret Thatcher.

This arrangement for brass quintet by Rob Bushnell includes alternative parts for tenor horn, treble clef euphonium and tuba. The key has also been changed from the original to suit the ensemble better. 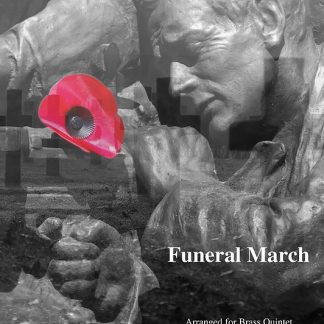