The ‘Water Music’, normally split into three suites, is a set of orchestral movements, written by George Frideric Handel. It was composed by the request of King George I, who wanted a concert to be performed on the River Thames. The piece was first performed on 17 July 1717 upon a royal barge. It is said that the king was so pleased with ‘Water Music’ that he ordered for it to be repeated at least three times. 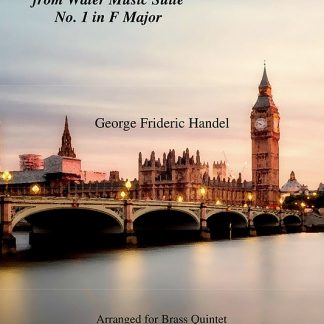