This three-movement work is the first euphonium sonata from the pen of American Joel Collier, himself a fine euphonium player. The composer writes:

‘My sonata came about because of a conversation with euphonium soloist Aaron Campbell. We decided to try and do a sonata and get a consortium going, with the idea that it would be written to be approached by the average undergraduate student, rather than it be the next latest, greatest, hardest thing for euphonium virtuosi. What resulted was a three-movement sonata where the first movement is more classical and heavy, with a little bit of tango, the second movement is really a song without words, and the third movement is a upbeat and joyful dance.’ 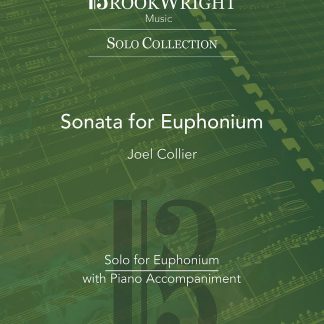 You're viewing: Sonata for Euphonium $34.99
Add to cart