The composer, Barrie Gott, writes:  ‘During the early days of the pandemic and in isolation and idea came for a set of variations. I had never considered writing a piece like this but Pageant emerged from the gloom. The second variation took the form of a ballad which featured the cornet and flugelhorn. I have extracted this movement as a cornet solo with one or two changes. It requires a lyrical approach with good breath control. My thanks to Richard Marshall (Black Dyke Band) for making the beautiful recording.’ 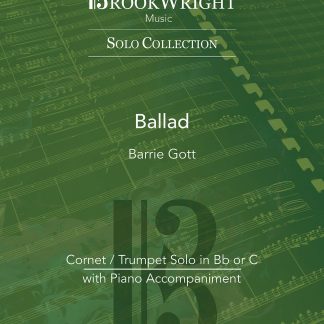