The opera The Flying Dutchman (Der Fliegende Holländer) was first performed in Dresden in 1843, conducted by the composer, who had also written the libretto, and 27 years later became Wagner’s first opera to be performed in London. The opera describes the search of a Dutch sea-captain for a woman who will be faithful to him. The very popular overture encapsulates much of the story-line of the opera, including the wild swirling ocean, a strong motif depicting the hero and tender music associated with Senta, the lady he seeks.

This brass band arrangement was initially prepared for the 50th anniversary in 1983 of the GUS Band, which the arranger, Keith M. Wilkinson, was successfully directing at the time.

(Hard) Pieces that have a rating of 6 are for college-level or professional grade players. These arrangements are extremely difficult in all phases of the performance. 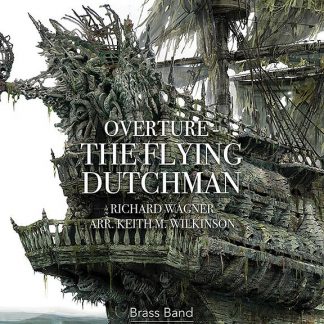 You're viewing: Overture – The Flying Dutchman $89.99
Add to cart