Cornish Fantasy was written for Kidlington Concert Brass’s euphonium soloist Benjamin Abbott to perform in their Autumn 2021 series of concerts and contests. Based around a series of Cornish folk tunes, it pays tribute to Ben’s Cornish roots, and in particular to his banding education with the Camborne Town Band.

The solo opens with the ‘unofficial Cornish anthem’ Trelawny, which is followed with a series of virtuoso cadenzas. After these is an up-tempo jig in several segments, containing the traditional tunes Camborne Hill, Pendeen Jig, Newlyn Jig, Pencarrow, and Off She Goes, the latter two at a breakneck pace that carries through to a triumphant close. 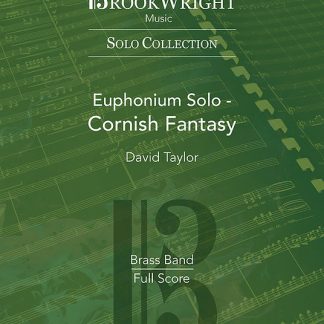