The classic 19th century invitation hymn Softly and Tenderly, which was originally known as Softly and Tenderly Jesus is Calling, was written by William Lamartine Thompson (1847-1909), a composer of gospel, secular, and patriotic songs. This beautiful setting by Kenneth Downie, arranged as a cornet or flugelhorn solo with piano, has been entitled Come Home!.

View a video of Tom Hutchinson performing the solo below: 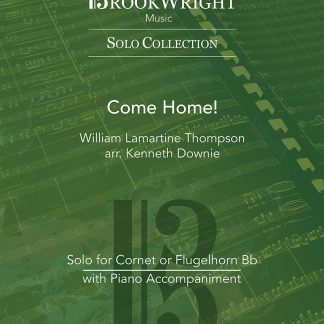